The Sherlock Holmes Society of London 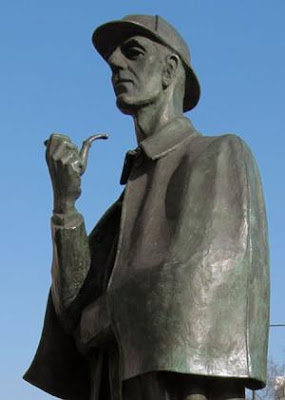 The Society is open to all comers – all that is required is an interest in Sherlock Holmes and his world.

There is a free newsletter, available to members and non-members, published monthly called “The District Messenger“. The newletter principally covers media in Holmes’s world – film, television, audio and books.

Of course there’s a shop where you can buy all manner of useful items!

There’s a section covering films, television and radio with a set of downloadable plays by the Old Court Radio Theatre Company.

The Society, along with the Abbey National Building Society (as it was then called) commissioned the sculptor, John Doubleday, to create a bronze statue to stand at the entrance to Baker Street Tube Station. The statue, see the picture above, was unveiled on 23 September 1999.