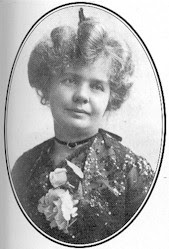 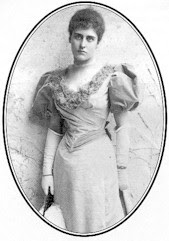 The 1901 Census was taken on March 31st and the return for that date shows us that my literary agent, Arthur Conan Doyle, was staying at the Ashdown Forest Hotel in East Grinstead in Sussex. Along with Arthur were his mother, Mary Foley Doyle, and the new lady in his life, Jean Leckie (see right). Arthur’s wife Louise (see left) was very ill and his liaison with Jean seemed to have the approval of his mother.

In Arthur Conan Doyle: A Life in Letters, edited by John Lellenberg, Daniel Stashower and Charles Foley, Arthur’s letters to Mary talk of his plans to go spend three days at the hotel, ostensibly to play golf with Jean’s brother, Stewart, and asking his mother to invite Jean to join them. Arthur was still fiercely loyal to Louise and had already told Jean that he would not leave nor divorce Louise and he would neither hurt not be unfaithful to her.

Holmes and I were away from Baker Street on the night of the census. I had been a widower for nearly ten years by then and I was abroad with my new lady friend who was soon to become my second wife. Holmes and I had been busy with the case of the Ferrers Documents and the Abergavenny Murder was coming up for trial. I think Holmes had gone to France and he had taken with him the manuscript of The Hound of the Baskervilles which I was hoping Conan Doyle would publish later that year. We were shortly to take up the case of the Duke of Holdernesse that would be later published in The Return of Sherlock Holmes as The Priory School.

Tags: The Hound of the Baskervilles, The Priory School, The Return of Sherlock Holmes
Posted in Arthur Conan Doyle

To him "whom I shall ever regard as the best and wisest man whom I have ever known."